I was having problems with headaches.

On October 14th, 2016, I was playing in the Nampa Christian football game against marsing at marsing. Right before halftime, we are on kick-off, and as I was running down the field. Two huskies came at me to block me. I fought my way in between them, but as I did they hit me on both shoulders, and I felt a painful sensation shoot from both shoulders up to my head. After the play, I had a horrible headache. During halftime I just sat there telling myself I needed to admit it to my coach. But I didn\'t. I played the rest of that game, and then played the next one. The whole time having a terrible headache that I thought would just go away. But it only got worse and after the next game against Cole Valley Christian, my parents could tell something was wrong. They took me to see a doctor and told him my story. They pulled me out of football, and I still did not take this thing seriously. Over that winter my concussion only got worse. Week after week, the pain increased. Then the spring of 2017, I was referred to Dr. Lewis to begin eye therapy due to double vision and reading problems. It took a long time, but eventually in early 2018, the therapy paid off. The headaches were mostly gone, and the double vision mostly gone as well. I was finally healed, and it was finally over. I can\'t thank (enough) Dr. Lewis and the many therapists I work with for sticking with me and see it all the way through. Thank you Focus Vision! 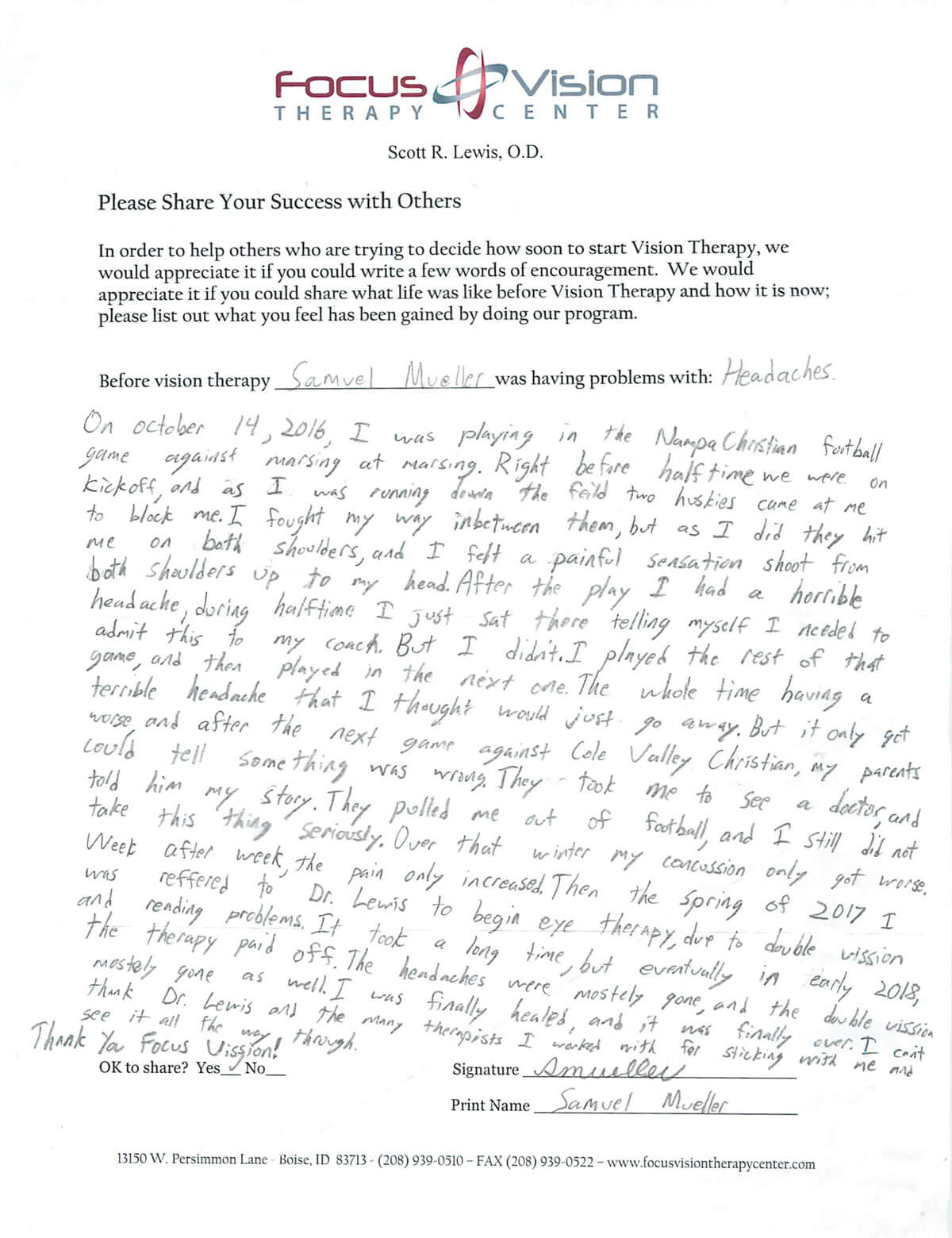